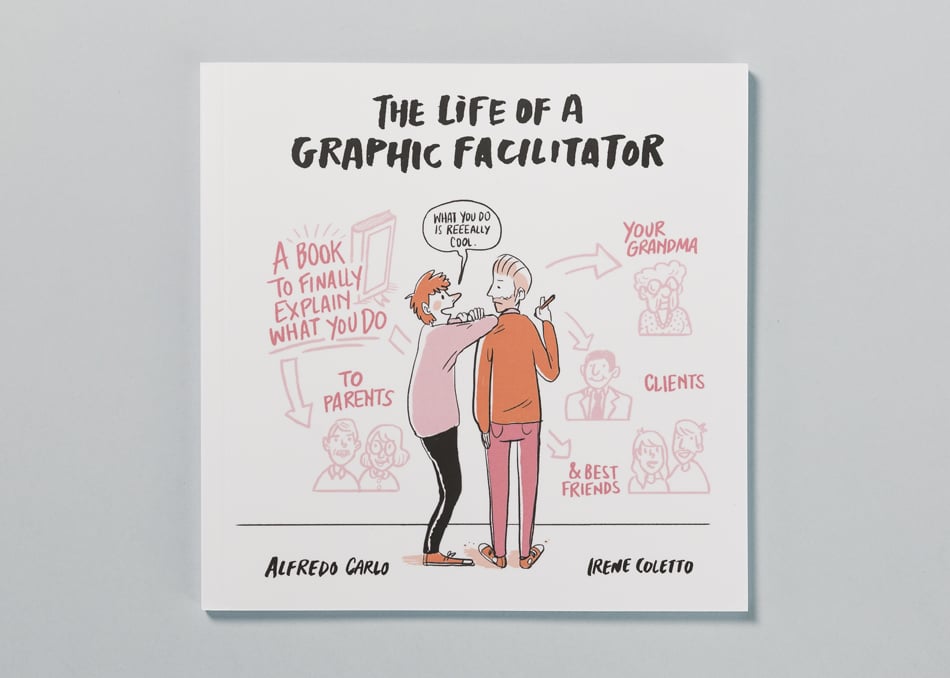 The Life of a Graphic Facilitator | Book

A simple and funny comic book to explain what a graphic facilitator does.

After publishing the first few comics, we received many comments that made us realize that our experiences are, in fact, common among our worldwide peers. Realizing we had many more stories to share, we decided it would be fun to draw more of them and collect them in a book.

This book is the product of that hard work!

Stories collected by Alfredo Carlo.
Comics strips by Irene Coletto.
First printed for Housatonic Design Network in November 2016 (sold out).
Second edition printed in May 2020 with a paperback cover.


You may also like:
- the tote bag
- the poster, signed by the authors